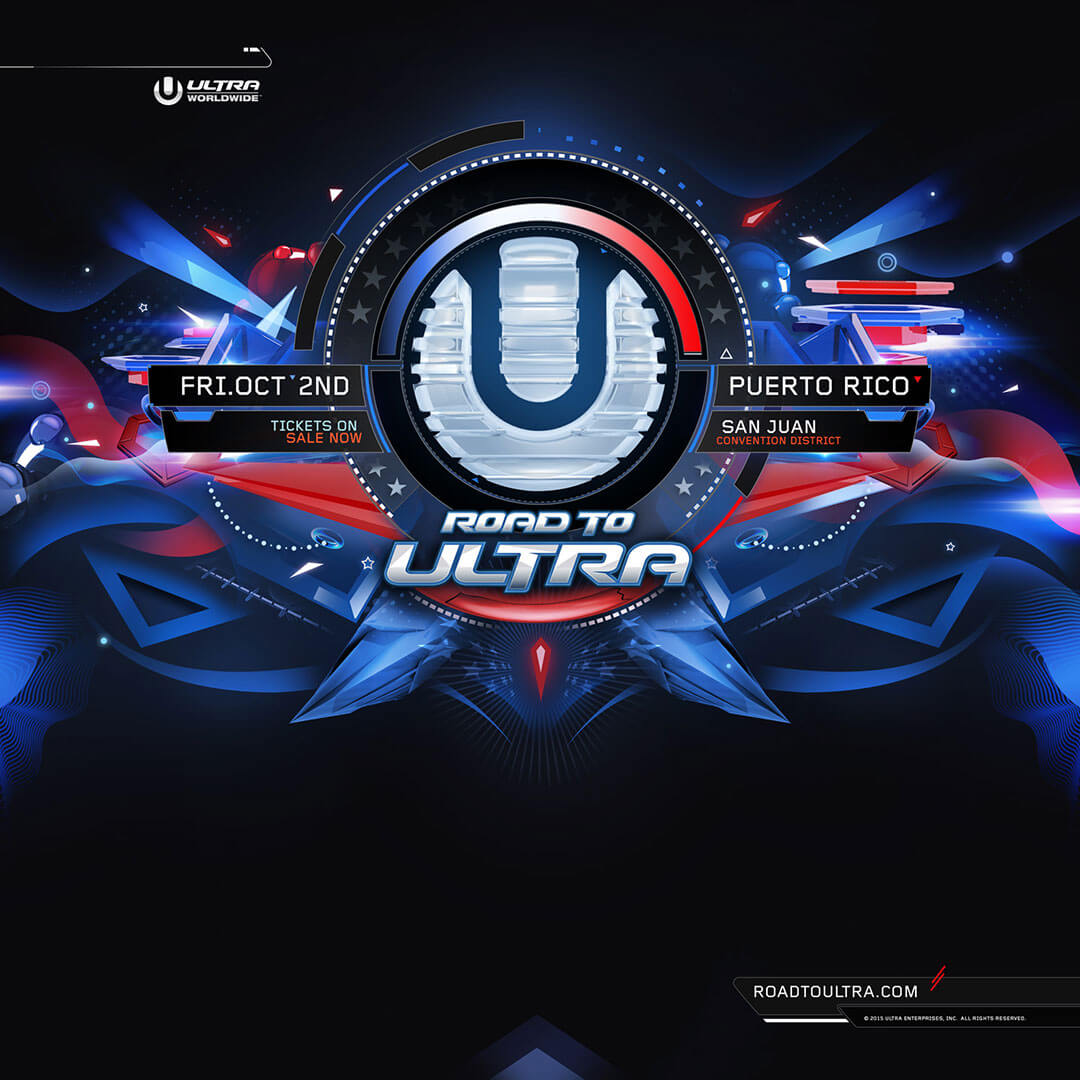 The world’s most international festival brand, ULTRA Worldwide, today announces plans to extend its global influence even further, with the confirmation of a brand new international edition for 2015 – Road To ULTRA Puerto Rico.

Famed the world over for its 300-plus miles of pristine white sandy beaches, Puerto Rico’s convenient political position within the US commonwealth means that US citizens won’t even require a passport to travel to and from the paradise island.

The official lineup for the debut edition of Road To ULTRA Puerto Rico will be announced in the coming weeks. Stay tuned to roadtoultra.com and RTU Puerto Rico’s official social channels (below) for real time updates.

Tickets are now on sale and available exclusively from www.roadtoultra.com/puertorico. A limited amount of Early Bird tickets priced at $40.00 USD are likely to sell out very quickly, after which the remaining tickets will be available at $50.00 USD. VIP tickets are also on sale from now, priced at $100.00 USD.

This news comes off the back of a truly incredible year for ULTRA Worldwide, in which the international juggernaut has added an astonishing seven brand new events to its ever expanding resume, including Macau, Bali, Singapore, The Philippines, Bolivia, Peru and now Puerto Rico.

For full details on all of Ultra’s worldwide events, head to umfworldwide.com

About Road to ULTRA™

ULTRA WORLDWIDE, producers of the award-winning ULTRA MUSIC FESTIVAL in Miami, launched a new event concept early in 2012 appropriately named, ‘ROAD TO ULTRA.’ Since then, RTU’s have landed in THAILAND, KOREA, JAPAN, TAIWAN, MACAU, COLOMBIA and PARAGUAY with more confirmed for 2015 in PARAGUAY (2nd edition), BOLIVIA, PERU, SINGAPORE, THE PHILIPPINES and PUERTO RICO.

Road to ULTRA events are single-stage events with the same focus as the ULTRA Worldwide festivals. Each event showcases cutting-edge stage production including world-class visuals, lighting, kryogenics and pyrotechnics. Stage designs are developed by the ULTRA Music Festival creative team and adapted to accommodate the needs of both indoor and outdoor venues.

ULTRA Worldwide is already the most international electronic music festival brand by far (with festivals on five continents including AFRICA, SOUTH AMERICA, EUROPE, ASIA and NORTH AMERICA), but with the addition of the Road to ULTRA concept, ULTRA has truly raised the bar. The RTU events continue to drive ULTRA apart from the competition by offering one-of-a-kind experiences to electronic music fans in even more regions around the world.